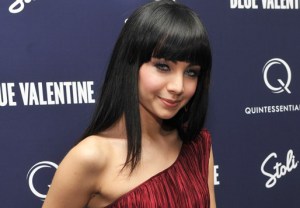 Looks like a former Lost Girl has found her next major TV role.

Ksenia Solo — whose character Kenzi (spoiler alert!) met her demise on the Syfy drama’s fourth season finale — will be a series regular on the second season of AMC’s Revolutionary War drama Turn, according to The Hollywood Reporter.

Solo will play Peggy Shippen, a member of one of Philadelphia’s wealthiest families who finds herself romantically entangled with Benedict Arnold, played by The Mentalist‘s Owain Yeoman.