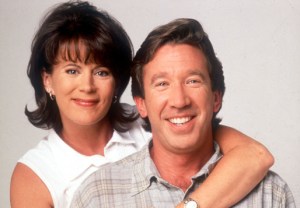 Patricia Richardson will reunite with her Home Improvement hubby Tim Allen when she guest-stars on his ABC sitcom Last Man Standing, EW.com reports.

The actress will play Helen Potts, a recently divorced neighbor of Allen’s character. The episode will feature more than one wink to their classic sitcom roles, as Helen likes to do home repairs. She’s also bitter about her ex-husband, who often destroyed things around their house despite supposedly being good with tools.

* The Sopranos’ Tony Sirico is heading back to Family Guy, EW.com reports. The actor, who was the voice of the Griffins’ replacement pet Vinny the dog, will play a heightened version of himself in several live-action moments during an upcoming episode.