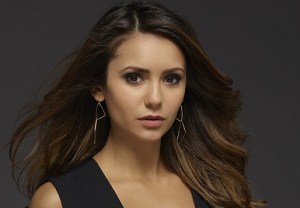 The vamps are (almost) back in town.

Actually, while The Vampire Diaries will soon return for Season 6 next Thursday, Oct. 2 (The CW, 8/7c), there’s still a magical wall keeping supernatural beings out of Mystic Falls. And that’s not even the biggest problem in store for Elena and the gang.

TVLine got a sneak peek at the season premiere, followed by a Q&A with executive producer Caroline Dries, and we’re sharing some teasers about Elena’s state, Damon and Bonnie’s whereabouts, Stefan’s new girl, Caroline’s bruised heart and much more. Read on to get the scoop:

* Damon’s death will reveal a dangerous new side of Elena.

* Stefan is far removed from Mystic Falls as he searches for a witch who can talk to the dead. He even adopts a different “life” with a new job — and a new girlfriend?! “We get to learn what his process is as a vampire, starting over and living a different identity,” Dries teases.

* If you sensed some tension/flirtation between Tyler and Liv in this sneak peek, you’re not crazy. * The biggest struggle for resurrected Original vampire Alaric isn’t bloodlust — it’s his lack of game when it comes to the ladies. “One of the problems he’s going to be having is just how to go on a normal date and be a normal guy again,” Dries says. Elena’s pretty new doctor mentor Jo (played by Prison Break‘s Jodi Lynn O’Keefe) “is going to bring that side out of him.”

* Caroline’s got a new place of residence, a new mission — finding a way to take down that magical border — and a lot of unreturned calls to Stefan. Ouch.

* With the Mystic Grill under renovation, Matt finds a new purpose in life. Sadly, the same cannot be said about wayward Jeremy.

* New series regular Michael Malarkey isn’t in the season opener, but fret not, Enzo fans, he’ll be back in Episode 2. “He is up to something that is on point with what’s going on in the Damon/Stefan story,” Dries teases.

* As for Damon and Bonnie’s whereabouts, all we can say without being turned into a member of the undead is that the mystery will be addressed.

* Doppelganger schmoppelganger. The “D” word has not been uttered once in the season’s first 10 episodes, Dries reveals. Instead, this season will “pepper in” the mythology, and witchy twins “Liv and Luke will play an important part” in that story.

Stay tuned to TVLine for much more Vampire Diaries scoop!