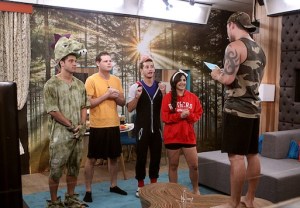 Big Brother‘s brand of unrelenting reality will be around for at least two more seasons, CBS announced Wednesday.

The houseguest-vs.-houseguest competition has been renewed for a 17th and 18th season, to air on the Eye Network in the summer of 2015 and 2016, respectively.

RELATED Supergirl Series Lands at CBS — Who Would You Cast in the Lead Role?

Julie Chen will return as host.

The companion series Big Brother After Dark also has been renewed for next summer; it will air on POP (now called TVGN), which will launch in 2015.