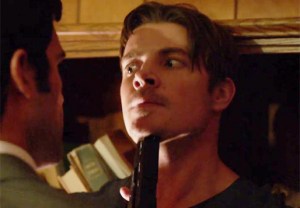 Operation: Save the Ewings went off (relatively) without a hitch on Monday’s two-hour Dallas season finale, but as we all know, victory tends to be short-lived at Southfork.

As promised, the finale claimed the life of a Ewing family member, though not the one most fans predicted. In the episode’s final moments, a car explosion — possibly a marketing ploy for TNT’s new “boom” slogan — burnt poor Christopher to a crisp. A Crisp-topher, if you will.

Of course, his death wasn’t the only huge twist tonight; Elena realized she is, in fact, pregnant with either Nicolas or John Ross’ child, while John Ross discovered he has a long-lost sister out there somewhere. (So I guess we also gained a Ewing this week! No? Too soon?)

OK, now let’s back up a bit and discuss more of the finale’s finer points…

BANG BANG | After a season of ignoring absolutely every obvious clue thrown her way, Elena finally started putting the pieces together about Nicolas, including his involvement in Drew’s death. And in typical Elena fashion, she skipped about seven steps, releasing a barrage of bullets in Nicolas’ penthouse. Christopher showed up to witness the final shots, and in typical Christopher fashion, he didn’t think before getting his ruggedly handsome fingerprints all over her gun.

OLD FLAMES | Meanwhile, an emotional Tracey showed up at Chez Ewing, seeking the kind of comfort only a Ewing can provide. Bobby managed to pry Sue Ellen off of Tracey before she clawed her eyes out, and even though Ann was slightly more understanding, she still didn’t appreciate Tracey’s next-day flirty texts. And speaking of old flames, Ryland tried to get back in Ann’s good graces — he was all, “Remember the night of the fire?” — but she let him down gently.

WAR OF THE ROSES | Shortly after John Ross met with Judith — she gave him the dress and photos she’d planned to blackmail him with, in exchange for the scoop on Ryland’s CIA work — he came home to discover that Pamela’s officially done being taken advantage of. (Unless we’re talking about Nasir, of course. He can apparently take advantage of her all he wants.)

POWER PLAYS | Certain that John Ross and Pamela would not be the best leaders of Ewing Global — and for good reason — Bobby and Sue Ellen set up an early meeting to snake the company out from under them. But because John Ross always has a Plan B, he arranged for Judith to become the new railroad commissioner (and she looked damn good at it).

Dallas fans, were you blown away (so to speak) by Christopher’s death? Rate tonight’s season finale below, then drop a comment with your full review. 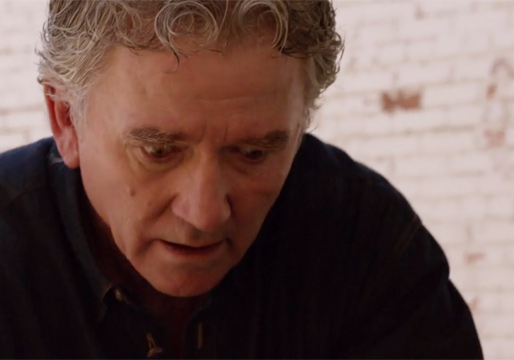