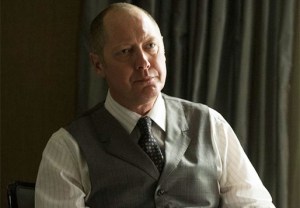 NBC has released a trailer for The Blacklist‘s sophomore season (premiering Monday at 10/9c), and it seems Berlin’s business with Red is far from finished.

In the video below, Red explains to Liz that his conflict with Berlin is at a “tipping point” — and she’s directly in the line of fire. (If you need proof that Berlin means business, look no further than his creepy promise at the 1:30 mark.)

Also in the trailer: Red quite literally playing with fire, Liz and Ressler back on the job together and a first glimpse at Mozhan Marnò’s spy Tamar Katzman.

Press PLAY on the video below to get a first look at The Blacklist Season 2, then hit the comments with your hopes for the show’s return.