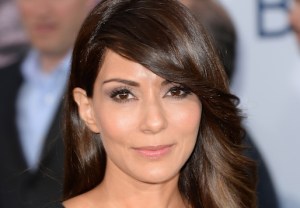 Agent Tony DiNozzo will get a very pretty blast from his Philadelphia past, when 24 alum Marisol Nichols guest-stars on CBS’ NCIS.

TVLine has learned exclusively that Nichols will appear in an upcoming episode, titled “Parental Guidance Suggested,” as Zoë Keates, an ATF Special Agent who years ago worked with DiNozzo when both were with the Philly PD.

The pair’s paths cross anew when NCIS and ATF find themselves both tracking the same terrorist.

In addition to her Season 6 run as 24‘s Nadia Yassir, Nichols’ TV credits include GCB, The Gates and, yes, an Oct. 2010 episode of NCIS: Los Angeles (as Callen’s ex-CIA partner).