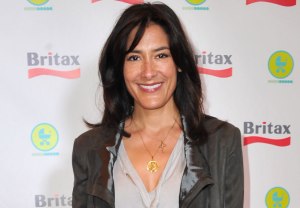 Sons of Anarchy is taking Alicia Coppola for a ride, taping the Jericho alum to guest-star in the FX drama’s current seventh and final season, TVLine has learned exclusively.

Coppola will play Mildred Treal, the Principal at the preschool where Jax and Wendy’s son, Abel, is a student. (As TVLine previously reported, rocker Courtney Love is set to recur as Abel’s straight-shooting teacher, Ms. Harrison.).

Since Jericho ended in 2008, Coppola has appeared on countless other shows, including NCIS: Los Angeles, The Nine Lives of Chloe King, Two and a Half Men and Teen Wolf. She will next be seen in the fourth episode of Criminal Minds‘ upcoming 10th season.