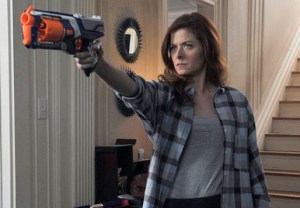 Olivia Benson she’s not, but The Mysteries of Laura‘s titular homicide detective (played by Debra Messing) is still one bad mother.

In the first five minutes of the NBC comedy’s pilot — which aired Wednesday as a special preview of sorts — Messing’s Laura Diamond (literally) shoots a perp’s ear off, then shifts her (metaphorical) target onto her twin boys, who seem to land her in far worse danger than any criminal ever could. They also apparently inherited their mother’s perfect aim, because when they decide to pee on each other at one point, it’s a direct hit.

And she can’t exactly lean on her husband — actually, make that soon-to-be-ex-husband — for support, either. Jake (The Firm‘s Josh Lucas) is as much a child as their children, and given his history of *ahem* indiscretions, he’s not sitting pretty atop her “most trustworthy” list at the moment. Of course, she’s going to have to get used to having him around, as he comes on board as her precinct’s new captain in the episode’s final moments. (Dun, dun, dun!)

Laura’s work life is peppered with a mixed bag of humans, including a spritely assistant (30 Rock‘s Max Jenkins), a take-no-crap-from-nobody partner (Deception‘s Laz Alonso) and a bitter Betty (True Blood‘s Janina Gavankar) who’s gunning — though not literally, at least not yet — for her job.

Backing up a bit, the Mystery of the pilot involves the murder of a computer mogul; and while a plethora of potential killers are served up to viewers, the culprit turns out to be none other than Laura’s now-former captain (Veronica Mars‘ Enrico Colantoni). Laura’s personal connection to the case makes it hard for viewers to play along — are we expected to recognize that ring? — but it does serve reinforce Laura’s attention to detail and willingness to expose the truth at any cost.

So, will you be pursuing Laura in the future, or are you marking this case officially closed? Grade the premiere below, then drop a comment with your full review. 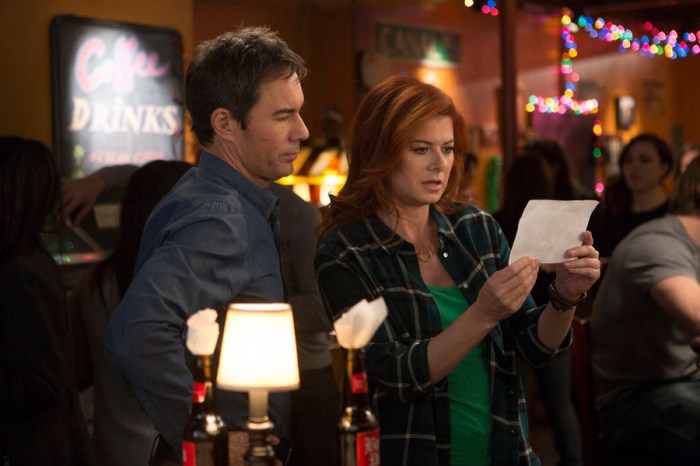