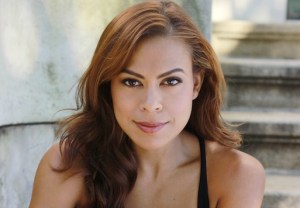 There’s a new sheriff in town on Grimm.

Trucks’ character, Deputy Janelle Farris, will request Nick and Hank’s help with a highway-crime scene that seems a little… off. (In or around Portland?! Who would’ve thought?)

Further details about Farris are slim, save this mysterious piece of info from the official character breakdown: “She finds herself pushing her resilience to the limit.” (Hit the comments with your take on what that might mean.)

In related casting news, Erick Avari (Warehouse 13, The Mentalist) will play a salvage-yard owner whose business attracts Nick’s attention in regard to a string of highway disappearances.

Both Trucks and Avari will appear in the season’s sixth episode. Grimm returns Friday, Oct. 24, at 9/8c.