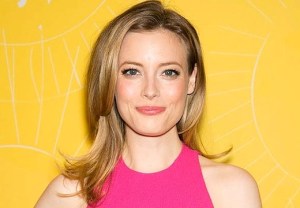 Gillian Jacobs will be in Love for the foreseeable future.

The Community star and Paul Rust (Super Fun Night) are set to star in Love, a half-hour comedy written by Judd Apatow (Freaks and Geeks, The 40-Year-Old Virgin), Lesley Arfin (Brooklyn Nine-Nine, Girls) and Rust that has scored a two-season commitment from Netflix.

Jacobs and Rust will play Mickey and Gus in what the streaming service calls “an unflinching, hilarious and excruciatingly honest take on modern relationships.” The series will follow the couple as “they navigate the exhilarations and humiliations of intimacy, commitment, and other things they were hoping to avoid.”

Love‘s 10-episode first season is set to debut in 2016, with an additional 12-episode Season 2 on deck for the following year.

“Judd Apatow has a unique comedic voice that manages to be delightful, insightful, and shockingly frank — often at the same time,” said Netflix Chief Content Officer Ted Sarandos, in a release. “Together with Paul and Lesley, he’s bringing a whole new level of agony and ecstasy to this modern day comedy of manners.”

In addition to her new gig, Jacobs is also set for a recurring role on Season 4 of Girls; Season 6 of Community, meanwhile, will air on Yahoo Screen.

Will you be falling in Love come 2016? Sound off in the comments!