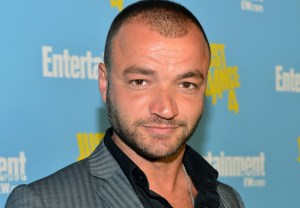 Nick Tarabay (Spartacus) will appear in several episodes of Arrow‘s upcoming third season as Digger Harkness, better known to comic book fans as the villainous Captain Boomerang, Entertainment Weekly is reporting. Digger still holds a major grudge against A.R.G.U.S., for whom he was formerly an operative.

Taraby makes his first appearance in Episode 7, leading into Episode 8, which will include a crossover with The Flash.

Your thoughts on Taraby’s casting? Drop ’em in the comments section below.