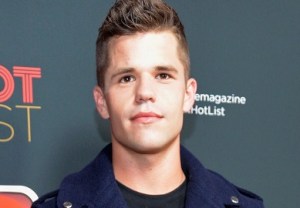 Charlie Carver has been left behind — in Hawaii.

The Leftovers actor (and Teen Wolf/Desperate Housewives alum) will guest-star on Season 5 of Hawaii Five-0, TVLine has learned exclusively.

Carver will play Travis, an attractive young man who is devastated by a crushing recent loss, but finds comfort from an unusual source. His episode is slated to air Nov. 21.

* The Tonight Show Starring Jimmy Fallon will welcome Barbra Streisand as its only guest on Sept. 15, marking the singer’s first U.S. late-night talk show appearance in more than 50 years.

* Praise, Stars Hollow! All seven seasons of Gilmore Girls will be available on Netflix, starting Oct. 1, per Decider.

* AMC has renewed its unscripted arm-wrestling series Game of Arms for Season 2.