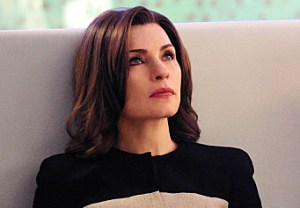 Until the future brings us a reality in which there are, like, TV channels dedicated solely to sports, CBS will endeavor to keep fans of The Good Wife and its other Sunday programs alerted to football-related delays.

New for the coming TV Season, the “CBS Eye-lert” system is inviting TV-philes to download the CBS App for iOS, to set up mobile push notifications about Sunday delays. Also at the CBS Eye-lert website, you can click to follow the network’s Facebook and/or Twitter feeds, which also report on start time delays.

CBS will continue to “aggressively” provide updates via on-air graphics as well as a ticker on the CBS.com homepage. (Text and email alerts, however, have been dropped from the CBS Eye-lert system.)

CBS’ Sunday line-up this fall opens with 60 Minutes at 7/6c, followed by the new Tea Leoni drama Madam Secretary, The Good Wife and a relocated CSI.