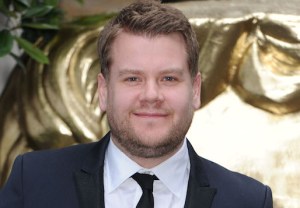 The Late Late Show’s great Scot is being replaced by a Brit.

CBS on Monday officially announced that which was rumored a month ago — that actor/comedian James Corden, 36, has been tapped to take over hosting duties for the late-night talker in 2015.

Corden thus succeeds Craig Ferguson, who in April announced his intention to leave Late Late Show after 10 years, signing off this December.

“James Corden is a rare entertainment force who combines irresistible charm, warmth and originality with a diverse range of creative instincts and performance talent,” CBS Entertainment chairman Nina Tassler said in a statement. “He is the ultimate multi-hyphenate — a writer, creator and performer who is loved and respected in every medium he touches, including theater, comedy, music, film and television.”

Corden has appeared on a number of British TV programs, including Doctor Who (playing Craig Owens), Gavin & Stacey (Which he cocreated, winning a BAFTA Television Award for his performance), The Wrong Mans (for which he earned a Royal Television Society Award) and Fat Friends. He’ll also appear in Disney’s upcoming musical movie Into the Woods, as the Baker. In 2012, he won a Tony Award for his work in the play One Man, Two Guvnors.

“I can’t describe how thrilled and honoured I am to be taking over from the brilliant Craig Ferguson,” Corden said in a statement. “I can’t wait to get started, and will do my very best to make a show America will enjoy.”


Ferguson publicly offered his congratulations (and official endorsement) to Corden shortly after the news was officially confirmed:

Congratulations to the spectacularly talented James Corden who will take over the LLS after me. Great choice. I heartily endorse & approve.

The creative elements, as well as the producers and location, for the Corden-hosted Late Late Show will be determined and announced at a later date.

(Still not sure who Corden is? Check out our gallery below for some of his most memorable roles.) 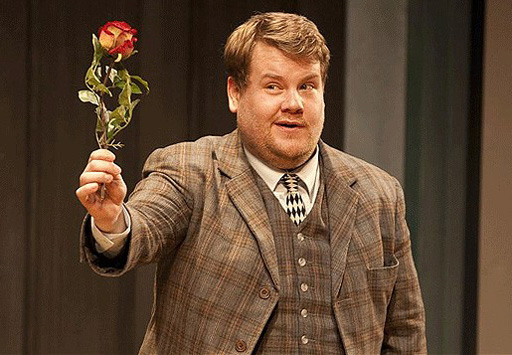