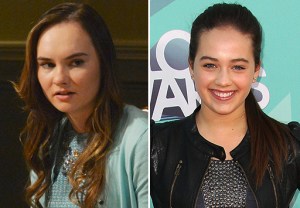 Scandal is giving Fitz and Mellie’s eldest child a really extreme makeover ahead of Season 4.

Karen, as played by Carroll, made her debut in Season 3 when she visited her parents from boarding school.

The role is expected to be beefed up under Mouser, particularly in the wake of the death of Karen’s older bro, Jerry Jr. Might the First Daughter act out a bit as a result of the tragedy?

Mouser will first appear in an October episode, per EW.com, which first broke the news.