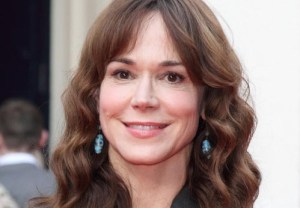 Once Upon a Time has tapped the Mr Selfridge and Cashmere Mafia actress to guest-star as Belle’s mom Colette in Season 4, EW.com reports.

RELATED Fall TV Spoilerpalooza: Exclusive Scoop and Photos From 42 Returning Favorites, Including Once Upon a Time

Colette will appear in Episode 6 via flashbacks to Belle’s past, pre-Rumple. It will be revealed that she had an immense impact on her daughter’s life.

* Season 5 of Syfy’s Haven will now air Thursdays at 8 pm, followed by two episodes of Spartacus: Gods of the Arena at 9 pm.

* Florida Georgia Line will perform live during Nashville‘s Season 3 premiere for both the east and west coast airing. The event will also include live performances from stars Chris Carmack and Charles Esten.