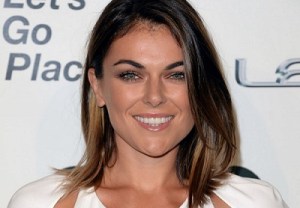 Looks like Lindsay has some competition for Severide’s heart.

Swan will appear in four episodes as Brittany Baker, a graphic designer.

Executive producer Matt Olmstead told TVLine that while Severide and Chicago P.D.‘s Lindsay cross-show romance is going strong at the start of the season, “There are competing interests that might pull them apart.”

Before her current series regular role on USA Network’s Graceland, Swan starred on A&E’s Breakout Kings. She has also appeared on The Tomorrow People and Smallville.