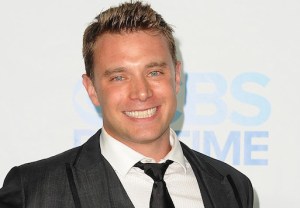 The Young and the Restless star/Emmy winner Billy Miller will take on the role of the presumed dead character, executive producer Frank Valentini confirmed on Twitter after weeks of speculation.

“I am really excited to be working with such a talented and acclaimed actor as Billy,” Valentini said in a statement. “Our cast is thrilled that he will be joining our General Hospital family, and I know that he will be an amazing addition to our talented cast.”

* Orange Is the New Black breakout Laverne Cox will guest-star on MTV’s Faking It as a Hester High alum and the director of the school’s elite drama club, EW.com reports.

RELATED Faking It Renewed For Season 2

* Taylor Swift will serve as an advisor on the upcoming season of The Voice, according to a report in Us Weekly.

* Greg Grunberg (Heroes) will appear on CSI as a white-collar everyman battling addiction at a high-end rehab facility, per EW.com.