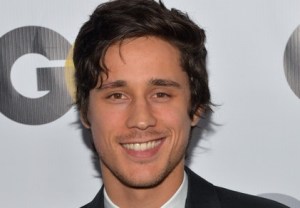 Once Upon a Time in Wonderland‘s Peter Gadiot is trading the Red Queen’s rule for a Pharaoh’s trust.

The actor, who played genie Cyrus on the late ABC drama, has joined the cast of Spike TV’s six-hour event series Tut.

The project stars Avan Jogia (Twisted) as King Tutankhamun, the youngest Pharaoh ever to lord over Ancient Egypt. Gadiot will portray his close confidant and seemingly loyal friend from childhood, Ka, who harbors a secret love for Tut’s wife.

* Syfy’s upcoming 10-episode space drama The Expanse has tapped Shohreh Aghdashloo (24) to play a smart and passionate member of a political family legacy who has risen high in the ranks of Earth’s governing body. The series, set 200 years in the future, follows the case of a missing young woman who brings together a hardened detective (played by Hung‘s Thomas Jane) and a rogue ship’s captain in a race across the solar system to expose the greatest conspiracy in human history.

* Star-Crossed alum Greg Finley will battle The Flash this fall when he guest-stars as the villainous Girder, who can transform his skin into living metal, Zap2It reports.