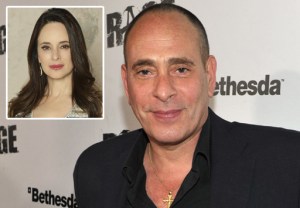 Victoria Grayson will wrangle herself a surprising new ally when Revenge kicks off its fourth season next month.

Nestor Serrano (Graceland) has been tapped to recur as Edward Alvarez, a “commanding and perceptive police chief” who’s (surprisingly) in Victoria’s corner, TVLine has learned exclusively.

“We’re just starting to explore his character right now,” executive producer Sunil Nayar tells us. “He’s a friend of Victoria’s on the force who really has her back at a time when she needs someone to have her back. We’re not sure exactly where we’re headed with the character, but we like the idea of her having an ally in a position of an authority.”

In addition to Graceland, Serrano’s TV credits also include recurring roles on Blue Bloods, Dexter and 90210.