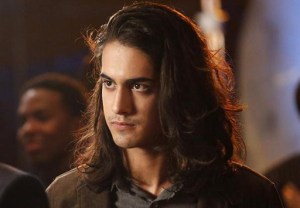 It’s the news Twisted fans have been dreading since the ABC Family drama ended its freshman season in April: TVLine has confirmed that the murder mystery will not be back for Season 2.

When Twisted‘s first season — now series — finale aired in April, showrunner Chuck Pratt Jr. told TVLine that there were “more amazing stories to come” and that he was optimistic about the show’s future: “It’s totally up to ABC Family to say ‘Do a cliffhanger’ or ‘Don’t do a cliffhanger.’ Nobody told us to put on the breaks, or wrap it up, so there’s always a chance we’ll come back.”

Unfortunately, those brakes have officially been pumped.

Those looking for a Twisted fix can catch star Avan Jogia as the titular Egyptian king in Spike TV’s upcoming Tut miniseries.

Twisted fans, how do you feel about the series’ cancellations? Thoughts on the (now final) ending? Drop a comment below with your take on the news.