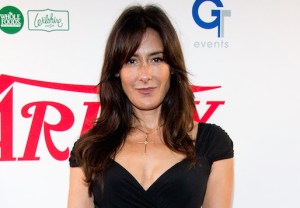 Looks like a former Jericho resident is going to be stirring up trouble for Hotchner and the gang.

Alicia Coppola — who played IRS agent-turned-blushing bride Mimi on the CBS drama — will appear on the fourth episode of Criminal Minds‘ upcoming 10th season, TVLine has learned exclusively. Coppola will play Lisa Randall, the head of a Morgellons syndrome support group who’s “willing to go as far as she can to protect group members privacy.”

(Gee, that doesn’t sound incriminating at all.)

Since Jericho ended in 2008, Coppola has appeared on countless other shows, including NCIS: Los Angeles, The Nine Lives of Chloe King, Two and a Half Men and Teen Wolf.