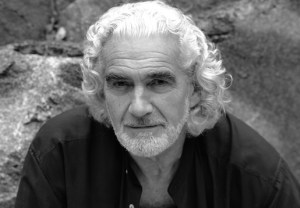 Charles Keating, a classically trained Shakespearean actor well known to daytime-TV fans for his Emmy-winning run as Another World‘s Carl Hutchins, has died at age 72.

Soap Opera Digest confirmed the news on Saturday, after one of Keating’s former costars, Alicia Coppola (AW‘s Lorna), shared this on Twitter.
https://twitter.com/alicia_coppola/status/498136070400143360

A cause of death has not yet been disclosed.

Born in London, England, Keating worked with the Royal Shakespeare Company at Stratford-upon-Avon before segueing into television via series such as Life and Death of Penelope, Crown Court and Brideshead Revisited. He played AW‘s Carl off and on from 1983 to 1999, and also appeared on the daytime dramas All My Children (as Dr. Damon Lazarre), As the World Turns (as Niles Mason) and Port Charles (as James Ritchfield).

He was nominated a total of four times for Daytime Emmy awards, finally grabbing gold in 1996 (watch video below). In 1986, he netted a Tony Award nod for his role in a revival of Loot.

Mark Pinter, who played AW‘s Grant, remembered Keating on Facebook with a Shakespeare quote: “He was a man, take him for all in all, I shall not look upon his like again.”

Keating’s TV credits also include episodes of Alias, Xena, Sex and the City and The Equalizer, while on the big screen he appeared in such films as The Bodyguard and The Thomas Crown Affair.