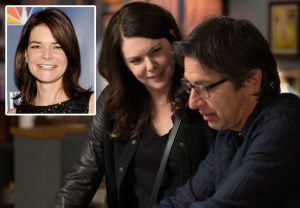 Parenthood is bringing back Hank’s ex!

Brandt, whose post-Bad in credits include NBC’s Michael J. Fox Show and Showtime’s Masters of Sex, is set to appear on a recurring basis beginning with the Sept. 25 opener.

Last month at the Television Critics Assoc. summer press tour, Parenthood creator Jason Katims revealed that the show’s farewell run will uncork a “larger story that has a huge effect on everybody.” Katims teased that the storyline will present “a huge challenge for this family, the kind we haven’t seen before.”