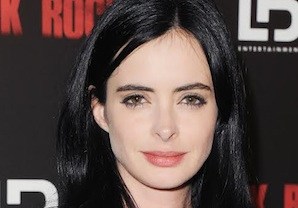 As part of its seeming bid to give every brunette actress in SAG a Season 2 role, NBC’s The Blacklist has now tapped Krysten Ritter for a guest-starring gig.

As first reported by TV Fanatic, ABC’s former B— in Apartment 23 will appear in the Season 2 premiere, airing Monday, Sept. 22, as a troubled data security firm analyst.

Over the past week alone, NBC’s hit drama added Mary-Louise Parker (Weeds) in the recurring role of a mystery woman with ties to Red, and Mozhan Marnò (House of Cards) in the series regular role of a former Mossad agent.

As previously reported but always worth repeating, The Blacklist will cede its Monday time slot starting Nov. 17, then return from a 10-week hiatus with a post-Super Bowl showcase, before occupying its new home: Thursdays at 9/8c.