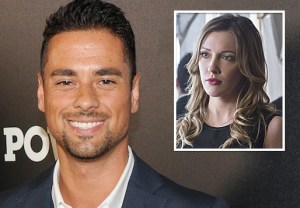 The “mystery” man about to enter Laurel Lance’s life has been unmasked.

The CW’s Arrow has cast Emily Owens alum J.R. Ramirez as the DC Comics character Ted “Wildcat” Grant, who in his TV incarnation is an ex-boxer who runs a gym for underprivileged youth in Starling City, our sister site Deadline reports.

Per DC Comics lore, Ted, as a member of the Justice Society of America, trained assorted crimefighters — including Black Canary. And as EP Marc Guggenheim recently told TVLine, in talking up Katie Cassidy’s Season 3 story arc, “There will be some interactions with a new character that we haven’t announced yet…. Her fans will be really, really happy.”

In addition to his run as Emily Owens‘ Dr. Aquino, Ramirez’s TV credits also include Starz’s Power, House of Payne and Hacienda Heights.