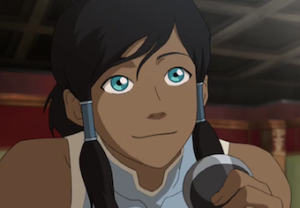 The Legend of Korra will not be televised — at least not after this Friday.

The animated series’ creators have confirmed rumblings (started at NickAndMore.com) that Korra will have its final Nickelodeon broadcast this Friday at 8/7c — with Episode 8, “The Terror Within” — before moving Book Three’s final five episodes online, including to Nick.com.

“Korra is NOT cancelled,” the KorraNation Tumblr site reports. “The remaining episodes will roll out weekly on Nick.com and the Nick app beginning August 1, as well as on platforms like Amazon, Google Play, Xbox and Hulu.”

Creator Bryan Konietzko said as much with a Tumblr post, as did Michael Dante DiMartinto, who added via Facebook: “There is most definitely a Book 4. All the pre-production is done and Studio Mir is hard at work on the animation. This was a disappointing development for sure, but as long as you all are able to see the show in some capacity, I’m grateful.”

Konietzko and DiMartinto are expected to share more this Friday during a San Diego Comic-Con appearance.