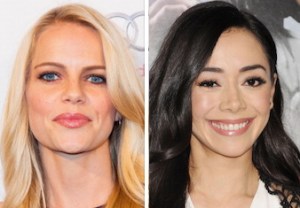 The single-camera project from Christopher Vane (Suddenly Susan, Bill Engvall) follows Buddy, a deep-in-debt scalawag (played by Smallville‘s Michael Rosenbaum) who lies low in a small town by passing himself off as the gay pastor the local church recently hired.

Per our sister site Deadline, Garcia has been cast as Buddy’s put-upon girlfriend back home in San Francisco, who is left to believe he died of a suicide, while Monroe will play the head trustee at the church where Buddy — to whom she is attracted — winds up working.