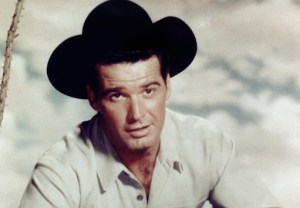 The cause of death is not yet known.

Though Garner amassed quite a list of TV and film credits throughout the years, his breakout role on the small screen was that of gambler Bret Maverick in the 1950s Western Maverick. He also starred in 1970s crime drama The Rockford Files, a role that landed him his first Emmy in 1977. (The other came in 1987, for his work as a producer on CBS’ Hallmark Hall of Fame movie Promise.)

Other highlights from the actor’s extensive TV resume were roles on Nichols, First Monday, Chicago Hope and, in 2003, a memorable run on the ABC sitcom 8 Simple Rules. He also enjoyed a fun, added level of small-screen celebrity by way of a serialized late-1970s/early ’80s Polaroid ad campaign, in which he co-starred with Mariette Hartley.

On film, Garner was perhaps best known in recent years for his role in the 2004 tearjerker The Notebook, though his film credits — to name a few — included Victor Victoria, My Fellow Americans, Sunset and Marlowe.

In addition to his Emmys, Garner’s many accolades included two Golden Globes (for TV movies Decoration Day and Barbarians at the Gate), an Oscar nomination for the 1985 film Murphy’s Romance and the Screen Actors Guild Life Achievement Award in 2005.