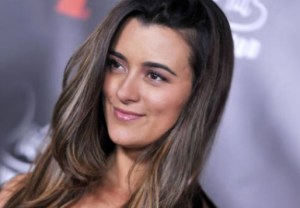 NCIS fans holding out hope for Cote de Pablo‘s return to CBS are getting their wish — sort of.

The actress has signed on to star in the Eye Network’s miniseries adaptation of The Dovekeepers, Alice Hoffman’s historical novel about four women in ancient Israel whose lives intersect at the siege of Masada. That real-life event occurred in 70 C.E. (aka A.D.), when 900 Jews who’d been forced out of Jerusalem by the Romans held out for months against Roman troops at a mountain fortress in the Judean desert.

The four-hour project, from executive producers Roma Downey and Mark Burnett, is slated to air in 2015.

According to a network release, de Pablo will play Shirah, “a sensual, mysterious and fiercely independent single mother with uncanny insights and a quiet and mysterious power. She is derided by many as the ‘Witch of Moab,’ as she covertly practices forbidden ancient rites of magic and is keenly knowledgeable about herbal remedies. However, those in need don’t hesitate to approach her for her help and generosity of spirit.”

“We are thrilled to have Cote de Pablo starring in The Dovekeepers,” said Roma Downey. “Her talent, strength and beauty will light up the screen in the important role of Shirah.”