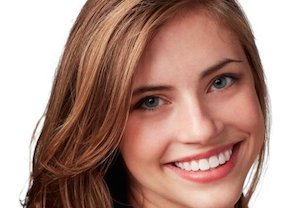 Stephanie “Stevie” McCord, who is neither seen nor referenced in the show’s pilot (unlike her younger brother and sister, who get a fair amount of screen time in the first episode), is described as strong-willed and rebellious — in other words, just like her famous mom. Upset with a new college procedure, Stevie has dropped out and moved back home to figure out her next move. Despite her ongoing clashes with Elizabeth, the true regard they have for one another is very evident.

Currie-Wood, a recent Juilliard grad, is currently shooting a role in the Anne Hathaway-Robert De Niro comedy The Intern.

Madam Secretary  premieres Sunday, Sept. 21 at 8/7c. Look for Stevie to turn up in Episode 2 (and recur throughout the series).