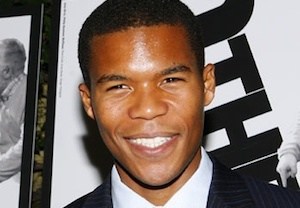 The 13-episode, 1960s-set drama — from Profit brainchild John McNamara —stars David Duchovny as a cop who goes undercover to track Manson and his brood.

Charles, who wrapped up his two-year Grey’s stint in May, will play Bunchy Carter, a former gang-banger who is now a fanatical Nation of Islam adherent whose hatred of the white man is evident.  He preaches his isolationist doctrine in the inner city — and those who don’t adhere to his teachings are routinely threatened and intimidated. He has a run-in with his old nemesis, Hodiak (Duchovny), who uses some harsh tactics to ensure Bunchy’s “cooperation.”