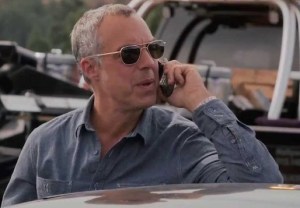 Amazon Studios held court on Saturday at the Television Critics Assoc. summer press tour in Beverly Hills, where they shared fresh sneak peeks at four of their new series — dramas Bosch and The After, and half-hours Transparent and Mozart in the Jungle — and then hinted at time frames for their respective launches.

The closest critics came to nailing down a premiere “date” was a “late September” debut for Transparent, Six Feet Under scribe Jill Soloway’s Jeffrey Tambor-fronted dramedy about a Los Angeles family with boundary issues.

Soloway also revealed that, a la the Netflix model, all 10 episodes of her series will drop at once.

Mozart in the Jungle, a comedic drama about sex, drugs and classical music, penned by Roman Coppola, Jason Schwartzman and Alex Timbers and directed by Paul Weitz, is targeted for a December bow. The cast includes Saffron Burrows (Agents of S.H.I.E.L.D.), Lola Kirke (Fallen) and John J. Strauss (In Plain Sight).

Of Amazon’s first original dramas, both Bosch and The After are simply slotted for “2015.”

Based on Michael Connelly’s book series about a relentless LAPD homicide detective, Bosch stars Titus Welliver (Lost) and will focus its freshman run in part on the City of Bones novel. The cast also includes Annie Wersching (24), Scott Wilson (The Walking Dead) and Lance Reddick (Fringe).

Carter said that The After would definitely not release all episodes at once but instead likely be dispersed in four two-hour batches.

Amazon’s returning comedy, the D.C.-set Alpha House, meanwhile will be back in session with its second season in late October.