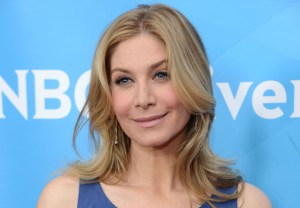 Well, you wanted Elizabeth Mitchell on Once Upon a Time, and now you’ve got her — but playing whom?

Entertainment Weekly reports that the beloved Lost alumna has booked a Season 4 arc on the ABC series as a “possibly malevolent” character with ties to Frozen sisters Elsa and Anna, as well as to Storybrooke.

As previously reported by TVLine, Fringe‘s Georgina Haig will recur in at least nine episodes as the aforementioned Queen Elsa, while newcomer Elizabeth Lail will play the chillin’ royal’s younger sister Anna.

But where does that leave Mitchell (whose TV credits also include Revolution and V)? Once‘s riff on the Frozen tale takes place after the events of the animated hit, so the girls’ mom is still very much dead (or at least lost at sea). But if Mitchell is playing evil, maybe she is… what, Heat Meiser? Or — still spitballing here! — what if in the Once version, Hans Christian Andersen’s Snow Queen is in fact a separate character from Elsa, and that‘s who she’s playing?