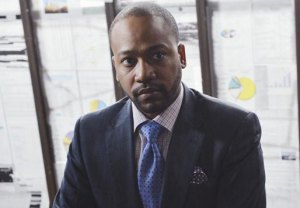 Embattled Scandal co-star Columbus Short is speaking out for the first time about his exit from the ABC hit, suggesting that the network — and not series creator Shonda Rhimes — was behind his dismissal.

“They did not throw me to the curb like trash — that’s my family,” the actor told Access Hollywood. “They knew that I was going through a tough season and rallied around me and wrapped their arms around me, from Shonda to the craft service man. We’re a family.

“I think, at a certain point, when you’re [hearing] a barrage of stories after stories, ABC justifiably would want to distance themselves,” he added. “They did the right thing.”

Short — whose Scandal character, Harrison Wright, ended the season staring down the barrel of a gun — was informed back in April that his Season 4 contract option was not being picked up. This news followed a difficult few weeks for Short, who was accused of threatening wife Tanee Short. And on Friday, he was arrested for public intoxication in Dallas, TX.

Asked if he had a drinking problem, Short told Access, “To be honest with you, I struggle with medicating with alcohol… and that’s a real truth. I think that deserves more looking in to.”