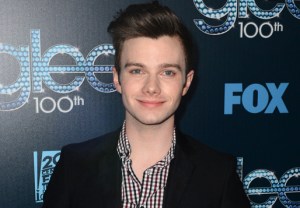 There will be the exact same amount of Glee for Chris Colfer/Kurt fans as the Fox series enters its final season, despite a false alarm suggesting that the original cast member would not be continuing with the show.

RELATED Glee Bosses Reveal Final Season Theme, Confirm ‘There Will Be a Lot Going On In [Spoiler]’

On Thursday afternoon, Colfer’s Twitter account announced: “Due to personal issues, I have been let go from the cast of GLEE. Explanations will come shortly….”

Shortly afterward, however, TVLine confirmed that Colfer is in fact signed on for Season 6.

“We’ve been alerted that Chris Colfer’s Twitter account has been hacked. Rumors of his dismissal from Glee could not be further from the truth,” reads a statement from 20th Century Fox TV, which produces Glee. “We love Chris and look forward to working with him again this season.”

Colfer has been with the show since its trumpeted May 2009 debut, and during his run has collected a Golden Globe award and a pair of Emmy nominations for his portrayal of Kurt Hummel.

In a recent TVLine Q&A, he shared his hopes and wishes for Glee‘s farewell run, saying, “I just want to see [Kurt] happy…. I hope to see him find validation within himself. I think that would be a great lesson for the kids watching, that you have to find approval and happiness within yourself. You don’t get it from someone else.”

Glee Season 6 is scheduled to debut at midseason.