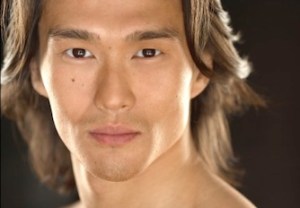 Arrow‘s Season 3 flashback world continues to be fleshed out, now with the casting of Oliver Queen’s Hong Kong handler.

TVLine has learned that Karl Yune has landed the major recurring role of Maseo Yamashiro, who will be introduced in flashbacks as Oliver’s handler. Over time, he also will evolve into a teacher and a friend who helps Oliver step ever closer to becoming the superhero he is today.

Maseo is the husband of Tatsu Yamashiro aka DC Comics superheroine “Katana” (to be played by Sin City‘s Devon Aoki), and is a skilled martial artist in his own right.

Yune’s previous credits include the films Real Steel, Speed Racer and Memoirs of a Geisha.

The CW’s Arrow premieres its third season on Wednesday, Oct. 8.