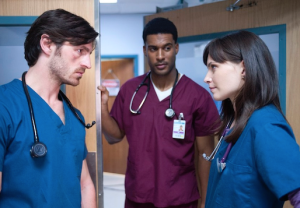 The Night Shift will be clocking extra hours at NBC: The summer medical drama has just been renewed for a 14-episode second season, TVLine has learned.

The series premiered in late May to a solid 7.8 million viewers — a 16-week high in total audience for that Tuesday-10/9c time slot. Its ratings have since tapered off, but only modestly; last week’s episode drew 6 million viewers and a 1.2 demo rating.

Shift‘s eight-episode first season is set to conclude on July 15.