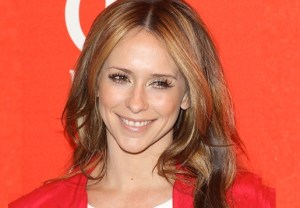 CBS’ Criminal Minds will fill the void left by Jeanne Tripplehorn’s departure with a lotta Love.

TVLine has learned that TV vet Jennifer Love Hewitt is joining the crime drama during Season 10 in a series regular role.

She will play Kate Callahan, a seasoned undercover agent whose stellar work at the FBI has landed her a coveted position with the Behavioral Analysis Unit. The character will be introduced in the Oct. 1 season premiere.

“We’re thrilled to introduce a new special agent by adding the very talented Jennifer Love Hewitt to our amazing cast,” says Minds showrunner Erica Messer. “Many of us on the show have enjoyed working with her over the years and look forward to again. We have exciting storylines planned for her character and the entire BAU team as we head into our 10th season.”

News of Love’s casting comes seven weeks after Criminal Minds‘ May finale saw Tripplehorn’s Alex Blake signal her decision to part ways with the BAU, after a two-season stint.

Hewitt’s previous credits include Party of Five (and subsequent short-lived spin-off), Ghost Whisperer, The Client List and a couple of I Know What You Did Last Summer movies.