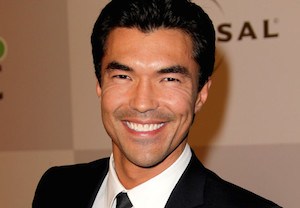 It’s a bird, it’s a plane, it’s… Superman in Bluebell?

Hart of Dixie has tapped Hawaii Five-0’s Ian Anthony Dale to join the Season 4 cast in the recurring role of Henry Dalton, an incredibly charming doctor who is being dubbed (at least by the show’s writers) “a walking Superman.”

RELATED The CW’s Fall Schedule Revealed: Hart of Dixie Held to Midseason, The Originals on the Move and More

The character is one of the richest, most connected men in the South. Sweet, friendly, and kind, Henry impresses with his lovely self-deprecating sense of humor and his moving tales of his work volunteering with Doctors Without Borders. He’s the man that women want, and that men want to be. He’s practically perfect.

Dale currently co-stars in TNT’s rookie drama Murder in the First. Additional credits include Charmed, Day Break and The Event.

OK, Dixie fans, which Bluebell starlet do you think will be paired with Dale’s too-good-to-be-true bachelor? Weight in below!