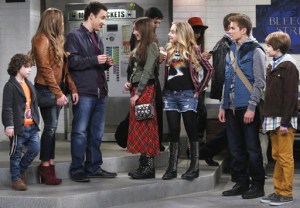 After a brief waiting period — 14 years, one month and 22 days to be exact — Disney Channel on Friday continued the Boy Meets World saga with Girl Meets World, an updated spin-off that invites Cory Matthews’ daughter to take her father’s world and make it her own. So, how’s she doing so far?

Friday’s episode begins with good-girl Riley (Rowan Blanchard) being convinced to sneak out of the house by her best friend — but probably not always best influence — Maya (Sabrina Carpenter), only to have their attempts thwarted by Papa Matthews (Ben Savage), who promises to remain one step ahead of her. Right off the bat, it’s clear Riley inherited most of her personality — particularly her endearingly awkward social skills — from Cory.

I mean, have you ever seen a more Cory face in your entire life? 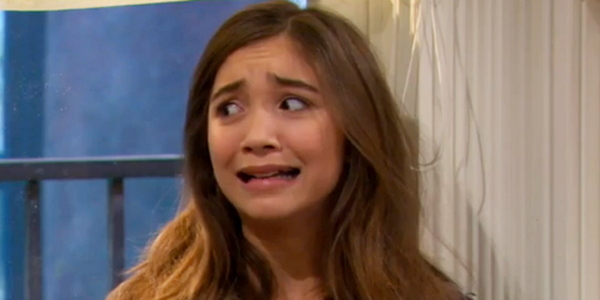 The girls eventually follow through with their plan of riding the subway sans supervision, an adventure that lands Riley right in the lap of Lucas (Peyton Meyer), a Texas transplant who’s already destined to become the Cory to her Topanga — or would it be the other way around? (Side note: A+ cameo from TV legend Jackée Harry, who I will forever dream of running into on public transportation. Maybe someday…)

Riley’s life is further complicated by the fact that her father is also her teacher, but unlike Boy‘s Mr. Feeny — who ruled the halls of John Adams High School with an iron fist and a gentle mustache — Cory pretty much lets his students walk all over him. From the moment Riley and Maya arrive to his class (late), he’s hit with a barrage of wisecracks about his boring, low-paying job. He attempts to steer the conversation towards the Civil War, but after about 30 seconds of “jamming some learning” into his students’ heads, he voluntarily hands the reins over to Farkle (Girl‘s answer to Boy‘s Minkus), who delivers an impassioned soliloquy about his love for both Riley and Maya.

And just when you think Cory couldn’t possibly have any less control over his class, Maya inspires her fellow students to join her in an anti-homework walkout. (If this is giving you flashbacks to Season 2 of Boy, in which Shawn organized a similar protest inspired by The Grapes of Wrath, you’re not alone.) The rebellion eventually goes up in smoke — literally, as a stray sparkler sets off the fire alarm — resulting in a soaking wet classroom, and ultimately, the message of the pilot.

“You were so busy trying to be her, Riley, you forget the best thing you can do for her is be you,” Cory tells his daughter, before taking Maya aside for a follow-up lecture. “I have nobody at home who helps me with my homework,” Maya tells him, adding yet another Shawn comparison to the pile. Ultimately, though, Cory forgives Maya for stirring up trouble, and all’s well that ends well.

That said, I do have one question: Is Mr. Feeny dead? Cory catches a glimpse of his former mentor during the episode’s closing credits, but the angelic nature of his appearance makes me nervous. 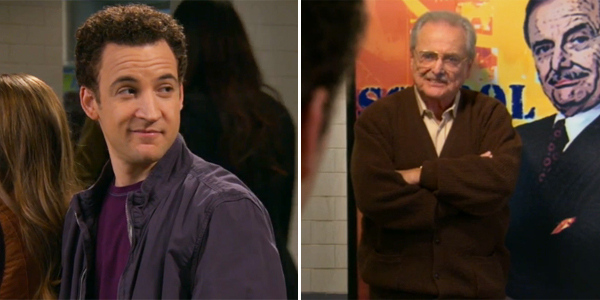 For now, let’s just call it a vision. A happy vision of a man who is alive. Somewhere.

Now, for some closing thoughts: Was this a perfect pilot? No. Did it suffer from an alarmingly small serving of Topanga (Danielle Fishel)? You bet. But it was a solid start, and during the cast’s visit to TVLine’s New York office, we were told that Girl really comes into its own in the first couple of episodes. So if you didn’t love it right off the bat, I encourage you to stick with it.

What did you think of Girl Meets World‘s big debut? Cast your vote below, then watch our interview with the cast and drop a comment with your full review.