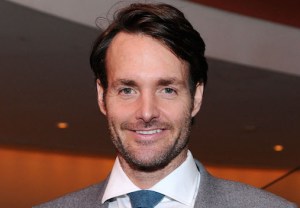 One of The Simpsons last remaining mysteries is about to be solved, and Saturday Night Live’s Will Forte is right at the center of it.

King Toot’s, of course, is located next door to Moe’s Tavern and, according to Selman, the two local businessmen have a strained relationship. Teases the EP: “Do they get along? I don’t think so.”

Forte’s episode is slated to air in November. He’s also set to star in the new Fox sitcom Last Man on Earth.