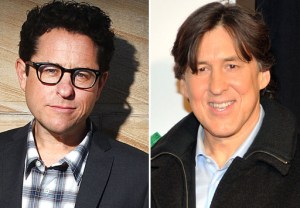 Showtime is ready to rock.

The pay cabler has picked up Roadies, a comedy pilot penned by Oscar winner Cameron Crowe (Almost Famous) and chronicling the day-to-day life of a successful rock tour as seen through the eyes of the unsung background players – the crew members who help get the show on the road.

Crowe — whose Almost Famous similarly offered a behind-the-scenes look at touring life — will write and will direct the one-hour pilot (which in success will spawn a half-hour series), while Winnie Holzman (My So-Called Life) will serve as showrunner. Also on board as executive producers are Bad Robot’s J.J. Abrams and Bryan Burk.

VIDEO | Ray Donovan Trailer: Who Gets Buried Alive in Season 2?

“I love that we’re finally doing Roadies,” Crowe said in a statement. “J.J. and I have been talking about it for some time. We’re fans of crews, those workers up on the rigging towers, or walking feverishly with eight phones on their belt. Those quietly devoted people live huge lives, they’re often the real keepers of the flame. So happy to also be telling these stories with Showtime, and also with one of my very favorite writer-producers ever, Winnie Holzman. Let’s get this show on the road!”