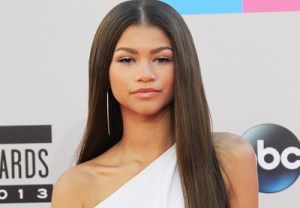 Lifetime has found its Aaliyah.

Disney Channel star Zendaya (Shake It Up!) will portray the R&B singer, who died in a plane crash in 2001 at the age of 22, in the network’s upcoming original movie.

Zendaya will record four of Aaliyah’s songs for the film, which will premiere this fall.

* The Young and the Restless and Days of Our Lives actress Eileen Davidson has signed a contract with the former show, Soap Opera Digest reports. Her Y&R episodes will begin airing in early September, while her 12-week story arc on Days continues to play out.

* Cinemax has unveiled a trailer for its new original series The Knick, starring Clive Owen and directed by Steven Soderbergh. Debuting Aug. 8, the 1900-set drama centers on Knickerbocker Hospital and the groundbreaking surgeons, nurses and staff, who push the bounds of medicine.