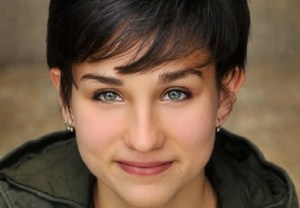 The Librarians is adding a special Bullet to its arsenal — The Killing‘s Bex Taylor-Klaus to be exact — and TVLine has the details on her guest-starring role.

The actress will appear in Episode 6 of the upcoming TNT series as Amy Meyer, a type-A, overachieving high school senior who’s desperate to be a normal girl.

Amy is the one to beat at the Chicagoland STEM Fair (Science, Technology, Engineering and Mathematics), where the best and brightest show off the future, and her mom isn’t leaving without the top prize.

The actress — who played tough-but-sweet lesbian teen Bullet on Season 3 of AMC’s moody murder mystery and Sara’s pal Sin on Arrow — retweeted a photo of herself on the Librarians set.

The Librarians premieres this winter.