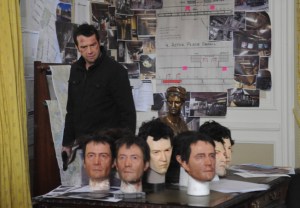 Kevin Williamson will no longer be leading The Following.

Fox’s twisted (and twisty) serial-killer drama will have a new showrunner for Season 3 in the form of Jennifer Johnson (Chase, Cold Case, Lost), our sister site Deadline reports, although Williamson will remain “very involved in the show.” (Deadline notes Williamson, whose freshman drama Stalker is slated to premiere on CBS this fall, similarly turned over the reins of The CW’s Vampire Diaries to  Julie Plec when he launched The Following.)

The Following‘s Season 2 finale — which TVLine readers gave an average grade of “B” — drew 4.8 million viewers and a 1.5 demo rating; according to Fox, that marked the seventh consecutive week the show went up or held steady in the demo. The show premiered in January 2013, however, to more than double those numbers — with 10.4 million total viewers and a 3.2 rating.