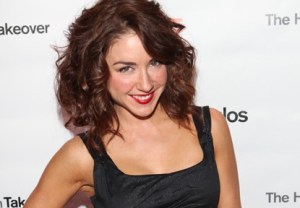 Rookie Blue is welcoming another Being Erica alum into its ranks.

Erin Karpluk, who played the latter series’ titular character, will recur on Season 5 of the ABC/Global series, TVLine has learned exclusively.

“[Being Erica] was a great show, created by one of my dear friends [Jana Sinyor],” Rookie Blue executive producer Tassie Cameron tells TVLine. “I’ve always been looking for a chance to get [Karpluk] on our show, and we finally did. So that’s very exciting.”

Cameron was mum on details about Karpluk’s character, who recurs in the second half of the supersized Season 5, making her debut in Episode 11. (ABC and Global will both air only the first 11 episodes of the drama’s 22-episode order this summer.)

Other Being Erica vets to grace Blue include Adam MacDonald (as Detective Steve Peck) and Devon Bostick and Joanna Douglas, who both appeared in the first season.