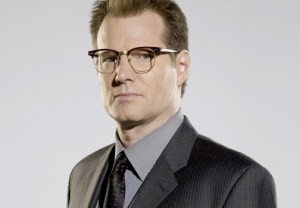 Break out the horn-rimmed glasses.

Jack Coleman will reprise his role as Noah Bennett (AKA HRG) for Heroes Reborn, our sister site Deadline reports.

RELATED | NBC to Rock With Beatles Event Series: Who Should Play the Fab Four?

The 13-episode miniseries from Heroes creator Tim Kring will reconnect with the basic elements of the show’s first season — where ordinary people were waking up to the fact that they had extraordinary abilities.

Coleman — who has more recently appeared on Castle, Scandal and Burn Notice — recurred on the NBC series as the father of Hayden Panettiere’s superpowered cheerleader Claire, before being promoted to series regular midway through Season 1. Noah was also a former agent with the Company.