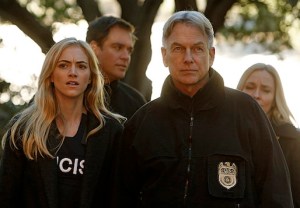 NCIS — aka “America’s most watched drama” — now can add a new feather to its black, embroidered ballcap.

On Wednesday at the Monte-Carlo Television Festival, the long-running CBS procedural received this year’s International Television Audience Award for Drama, which is awarded to the drama series scoring the highest ratings worldwide.

Gibbs & Co. bested all comers with a global audience of 57.6 million viewers across 66 countries. (The Mentalist and CSI earned the drama series honor in 2013 and 2012.)

“As NCIS enters its 12th season, we couldn’t be happier to learn we’re now the No. 1 drama in the world,” showrunner Gary Glasberg and star/exec producer Mark Harmon said in a joint statement. “It’s no secret that determination and teamwork have allowed our cast and crew to continue to deliver a show we’re truly proud of. We also know we wouldn’t be here without the support and loyalty of the best fans in television. Thanks to our worldwide audience for helping us start the new season off right.”

RELATED | The Bold and the Beautiful Books a Trip to France

ABC’s Modern Family and CBS’ The Bold and the Beautiful, meanwhile, received the International Television Audience Award for Comedy and Soap Opera, respectively.